The History of the Café Racer 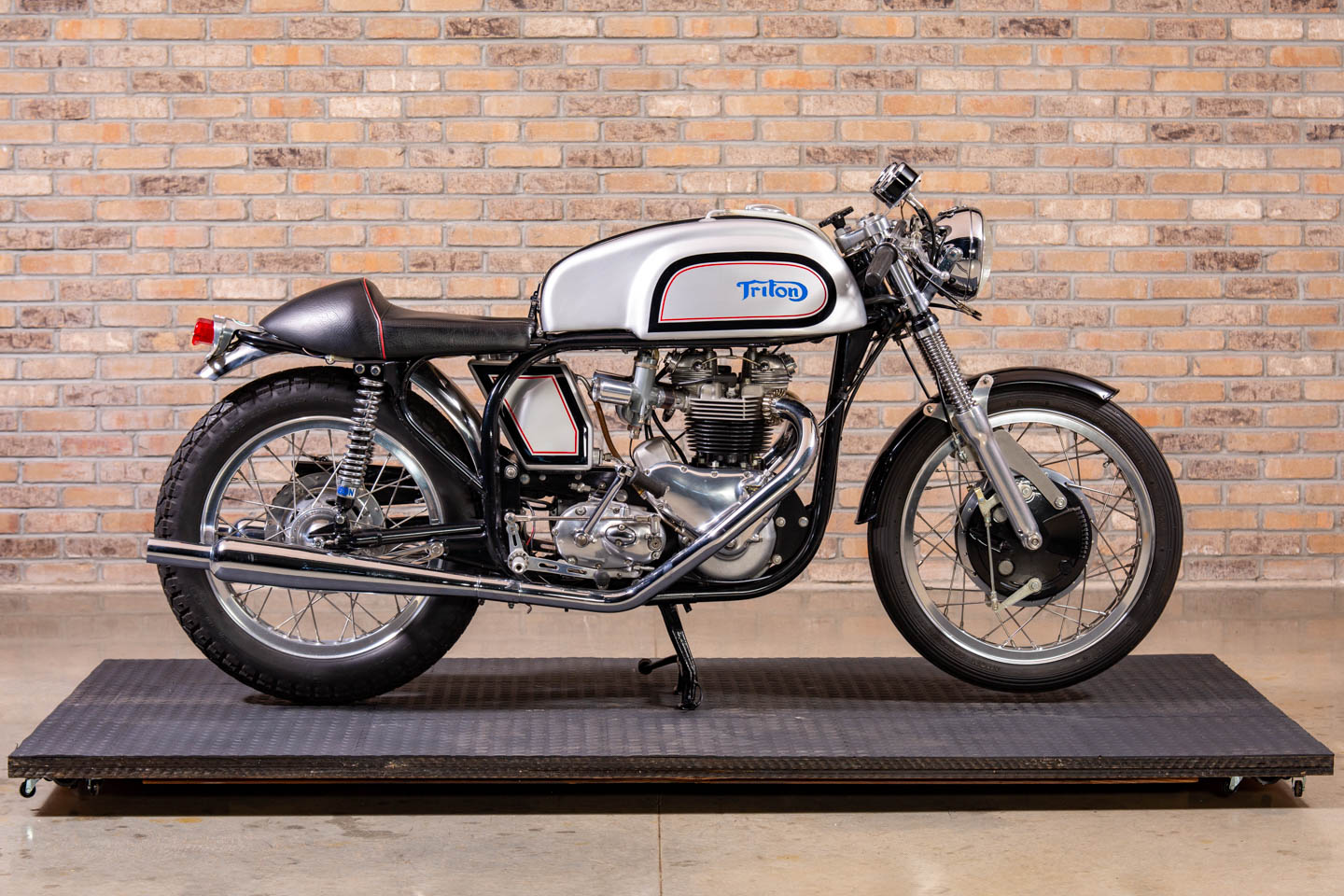 Post-war Britain was a good period for motoring. The economy was improving, rationing was no longer necessary, and the requirement for labor was at an all-time high. This meant that, for the first time in a long time, people had money. While car ownership was still not all that common in England at the time, the public was on the cusp of where most family vehicles would be replaced, from motorcycles to motorcars. This also meant that motorcycles became the preserve of young men, many owning their very own bikes.

In the 1950s, British pop culture was centered around Rock n' Roll, and the youth that followed this trend is believed to have inspired one of the most influential movements in motorcycle history. "Rockers" were a popular youth movement at the time. They thought that their music and rebellious nature would be the perfect enemy to the otherwise suppressed culture of England at the time, and a strong representation of this was the personalized bikes they used to zip around British streets in search of gigs at popular cafes. This led to the term “Café Racers” being popularized.

While the main ingredients to a classic Café Racer were a symphony between a passion for rock and roll and a need for speed, no motorcycle would be a true rockers’ Café Racer unless it can do ‘The Ton.’ As Board track and other motorcycle racing events were at the height of popularity, racing legends like Mike Hailwood and Geoff Duke were the idles of every young man, and the ability to tune their bikes to reach 100 miles an hour was the new craze.

This craze gave birth to the term ‘Café Racer’ itself,  where locals typically perceived the individuals involved as young men that hung around transport café’s all day waiting for someone to show up on a fancy bike to race down the street. Ground zero for the café racer is widely recognized as the Ace Pub, an establishment on the North Circular Road in London. Opening its doors in 1938, the Ace Pub was a truck stop café that soon became the Mecca for motorcyclists across England. While these races generally didn’t involve cash or pink slips, they carried a lot of weight in terms of respect and bragging rights, and that’s precisely what the Rockers wanted.

The configuration of a typical classic café racer was pretty straightforward. Riders would often remove or replace any parts that weren't essential on their motorcycles to reduce weight. They would then tune their engines to the best of their abilities and add trademark cosmetic fittings like dropped handlebars and rear-set footrests, allowing the rider to tuck in and reduce winds resistance at high speeds. As the trend gained in popularity, café racer enthusiasts started to become more experimental, and the idea of doing a complete engine swap caught on quickly. A typical example of this was the ‘Triton,’ a hybrid consisting of a Triumph Bonneville engine mounted unto the frame of a Norton Featherbed.

By the mid-’70s, Japanese motorcycles had taken over the marketplace, and the style of Grand Prix racing bikes was refreshed. The predominantly British-style café racer now used Japanese units from the likes of Honda and Kawasaki as the base for their conversations. The Café Racer style was so successful that even celebrated motorcycle manufacturers like Motto Guzzi Le Mans and Harley Davidson started to produce factory café racers, with German automakers getting on the trend soon after.

Modern Café Racers mostly revolve around DIY projects by enthusiasts, and there is now probably a café racer version of pretty much any model you can think of. Motorcycle manufacturers are still in on the trend, with names like BMW, Ducati, Yamaha, and Norton exploiting the niche.

To see a Café Racer, up close, and personal, visit the Throttlestop Museum in Elkhart Lake, Wisconsin or enter our virtual museum at throttlestopmuseum.com.