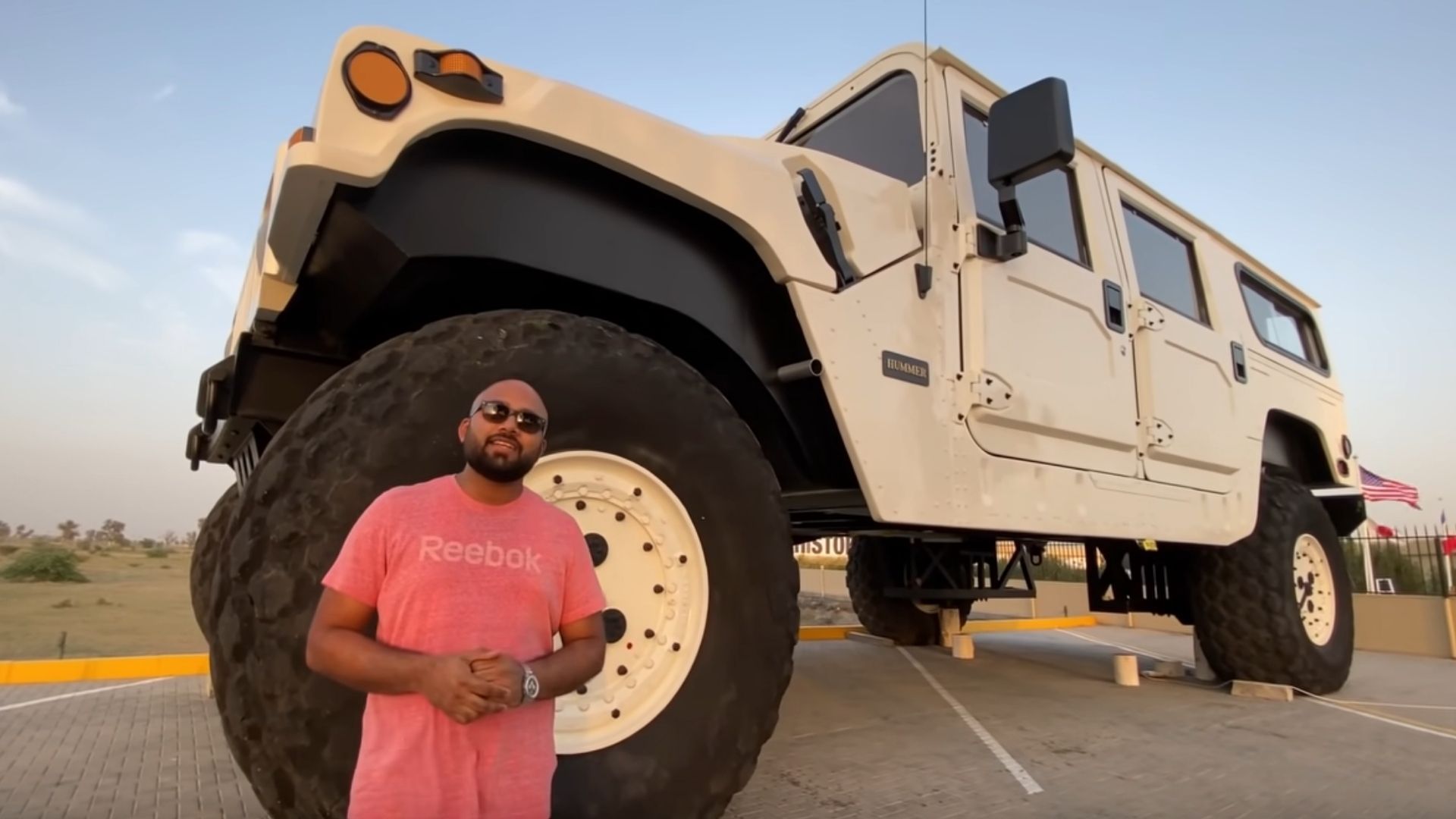 Think he’s compensating for something?

Rainbow Sheikh, real name Sheikh Hamad bin Hamdan Al Nahyan, of the United Arab Emirates is a fan of extreme car builds. When we say “extreme” that’s actually a bit of an understatement. With an estimated worth of something around $20 billion, he unlike Elon Musk likes to really flaunt it with material possessions, including some of the craziest vehicles you’ll ever see. His latest one, an oversized Hummer H1, is a perfect example.

Check out the Motorious Podcast here.

Called the X3, it is as the name suggests three times larger than a regular Hummer H1. That means it’s about 46 feet long, 21.6 feet tall, and 19 feet wide, absolutely dwarfing an SUV some automotive journalists would describe as being traumatic just being around, let along driving.

You would think there are few places to drive such a behemoth, but Rainbow Sheikh uses this and his other oversized vehicles to cart around his friends. That’s why the interior isn’t a scale replica with seats and a steering wheel three times the size of a regular car. Instead, it’s more like a motor home for partying, complete with a bathroom. The guy has a 1950 Dodge Power Wagon oversized build which contains multiple bedrooms, so he might go that direction with the Hummer as well.

With a car collection numbering somewhere in the neighborhood of 3,000 examples, this guy isn’t exactly hurting for toys to play with. But he does seem to really get a kick out of these gargantuan replicas of his trucks and SUVs.

Instead of just keeping all those rides to himself, Rainbow Sheikh does share his passion with the public. The Goliath Hummer current is at the Off-Road History Museum located in Al Madam, UAE. We’re sure plenty of people make the trek there just to see this thing and get their photo taken in front of it.