Akashi Japan, 1967 Kawasaki instructed a team of its best engineers led by Gyoichi ‘Ben’ Inamura to develop a program centered around a large capacity, four-cylinder four-stroke motorcycle with an engine size of 750cc. Kawasaki had been looking east, seeing a rise in American riders and their love for big motors with big speed. They knew they had to be first to bring a competitor to market, this spawned the N600 project under Kawasaki codenamed New York Steak.

One year later in 1968, following the Tokyo Motorcycle Show release of the Honda CB750-4 motorcycle, Kawasaki was in shock.  A new instruction was given, raise the engine size to 900cc and make more power than Honda. The N600 project was put on hold and some time passed creating a black hole in the market for Kawasaki. In March of 1971 Norimasa ‘Ken’ Tada was given control of the Z1 projects' bike design, and he was given only one month to design what would become the Kawasaki Z1 900 Super Four. KHI (Kawasaki Heavy Industry) planned production for 1972, engine design chief Ben Inamura and Sam Tanegashima, the Product Planning Manager needed to get to work. 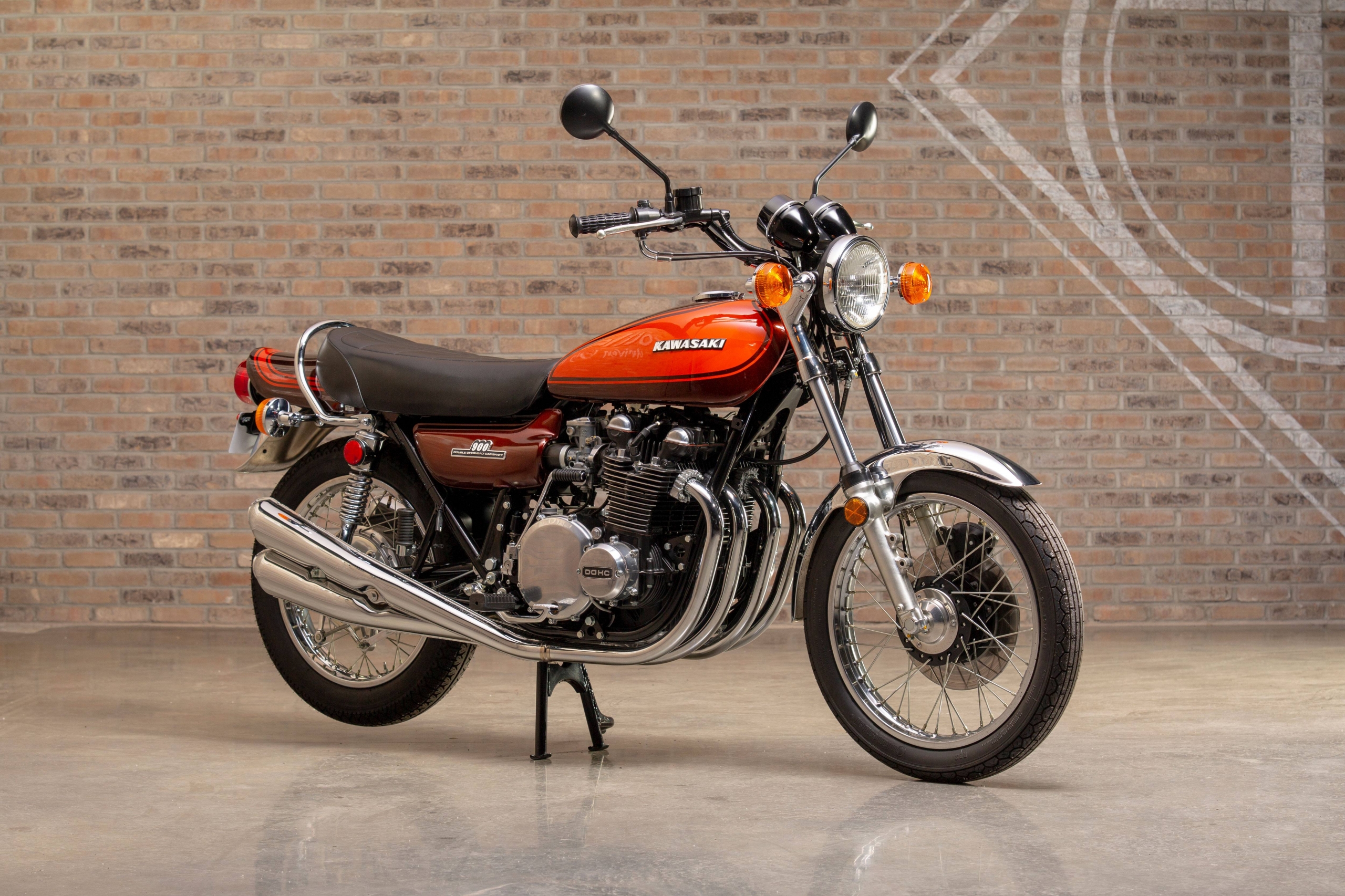 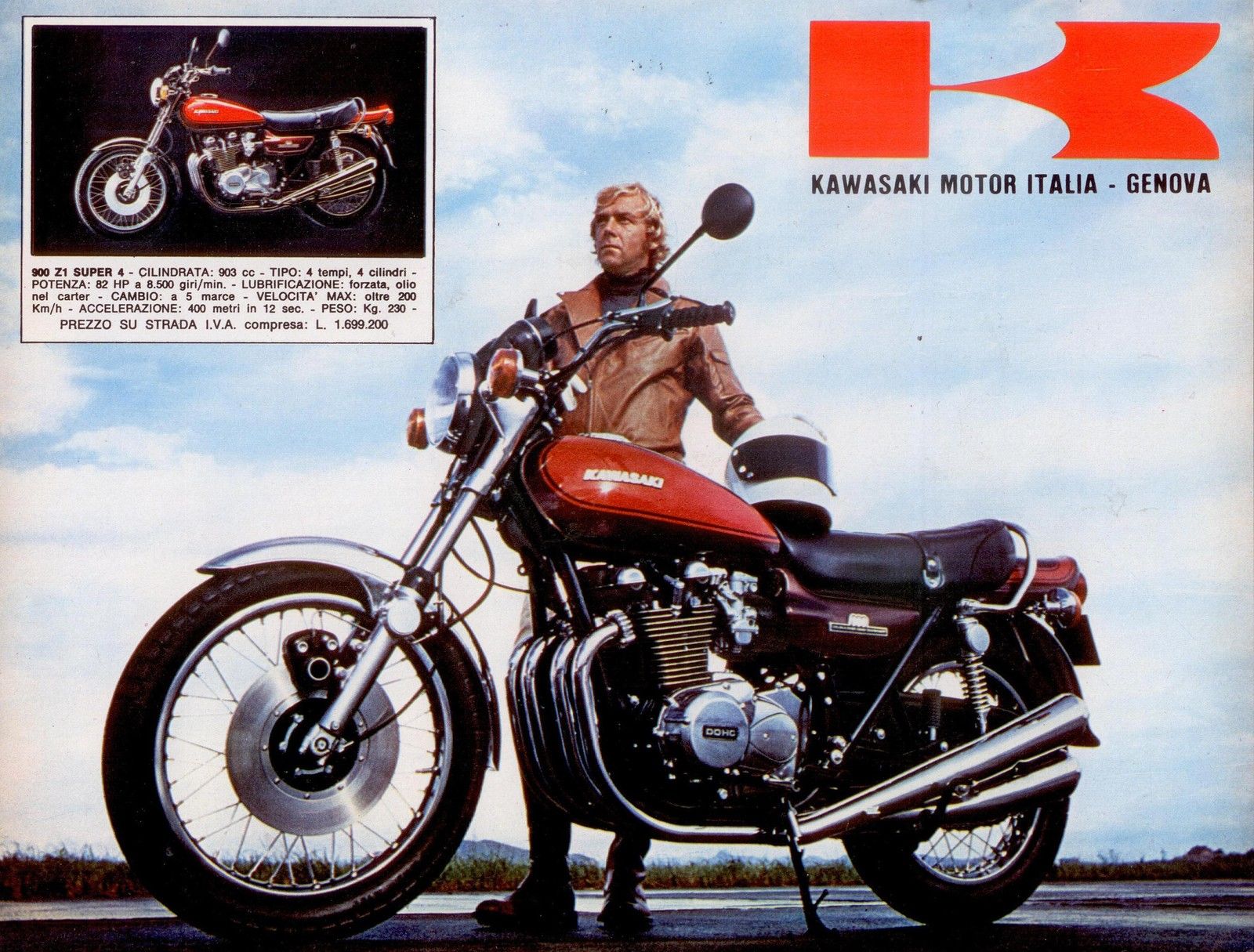 After getting KMC (the American-based Kawasaki Motors Corp.) to sign off on the bike design (which would happen in the Santa Ana, California Vagabond Motel) the R&D team got to work. Kawasaki had their minds set on making a splash in the USA so they sent two bikes to test in America. Dressed in Honda colors and badging the pair of prototype Kawasaki’s known as V1’s at the time set out from Los Angeles on a trip to Daytona and back with a few stops, one being Talladega. In early 1972 at the end of testing, the V1 bikes were shipped back to Japan where they underwent testing and thoughtful analysis. Surprisingly, the only problem area identified was excessive chain wear, an easy remedy for Kawasaki’s design team.

As the V1 name was stricken, the frames were stamped with Z1, and the bikes were readied for production, a final decision on the color scheme was made. Known as “Jaffa” the much-loved Candy Brown and Orange was one color option while the other was Candy Yellow and Green. One of the only other style changes was the removal of the Kawasaki branding on the points cover being replaced with “DOHC”. The competitors from Honda were still using SOHC engines in their bikes. The production Z1 was then released in a worldwide press preview in June of 1972. Following the media preview, the decision was made to ramp up production from the slow pace that had already been happening for months by this time. 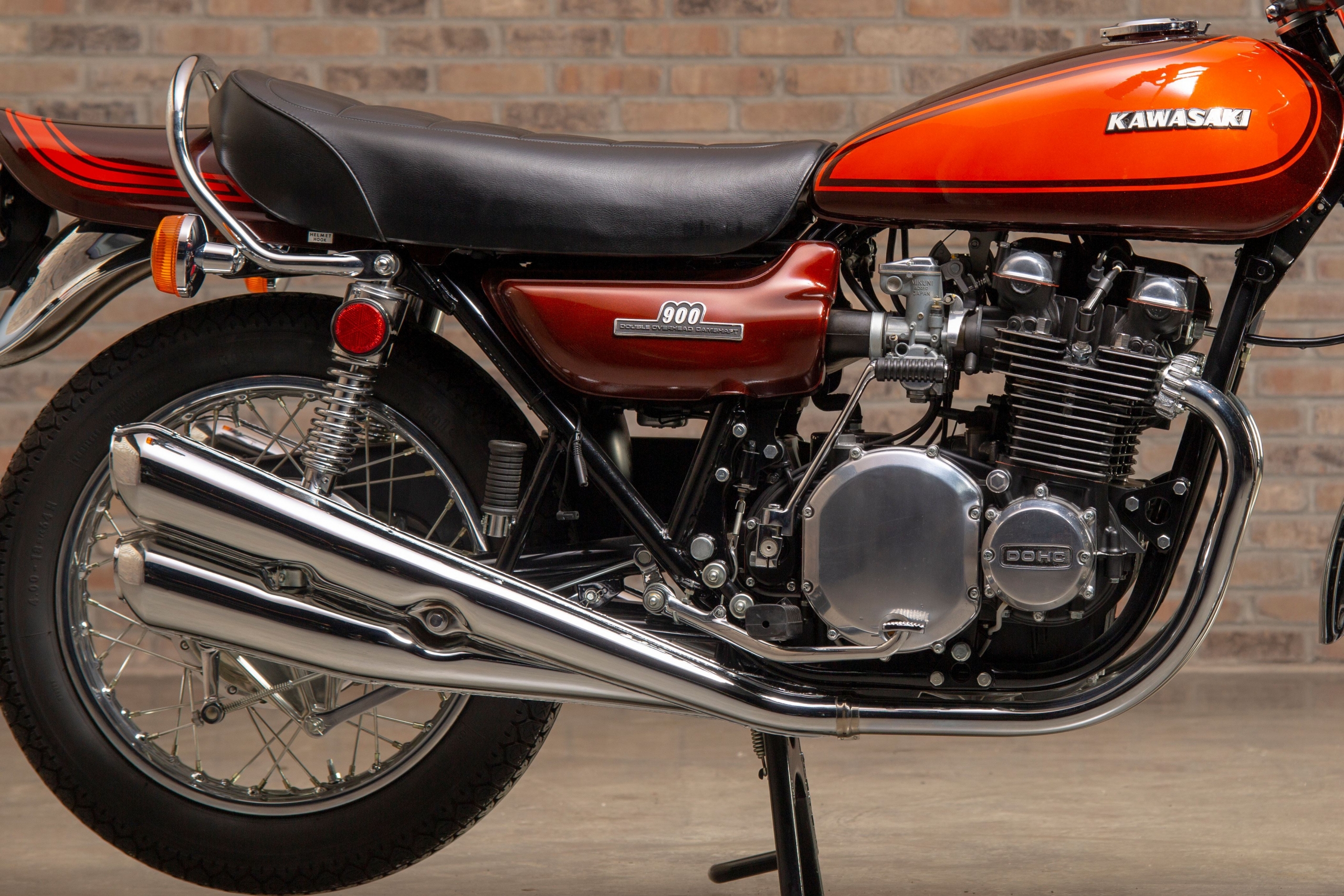 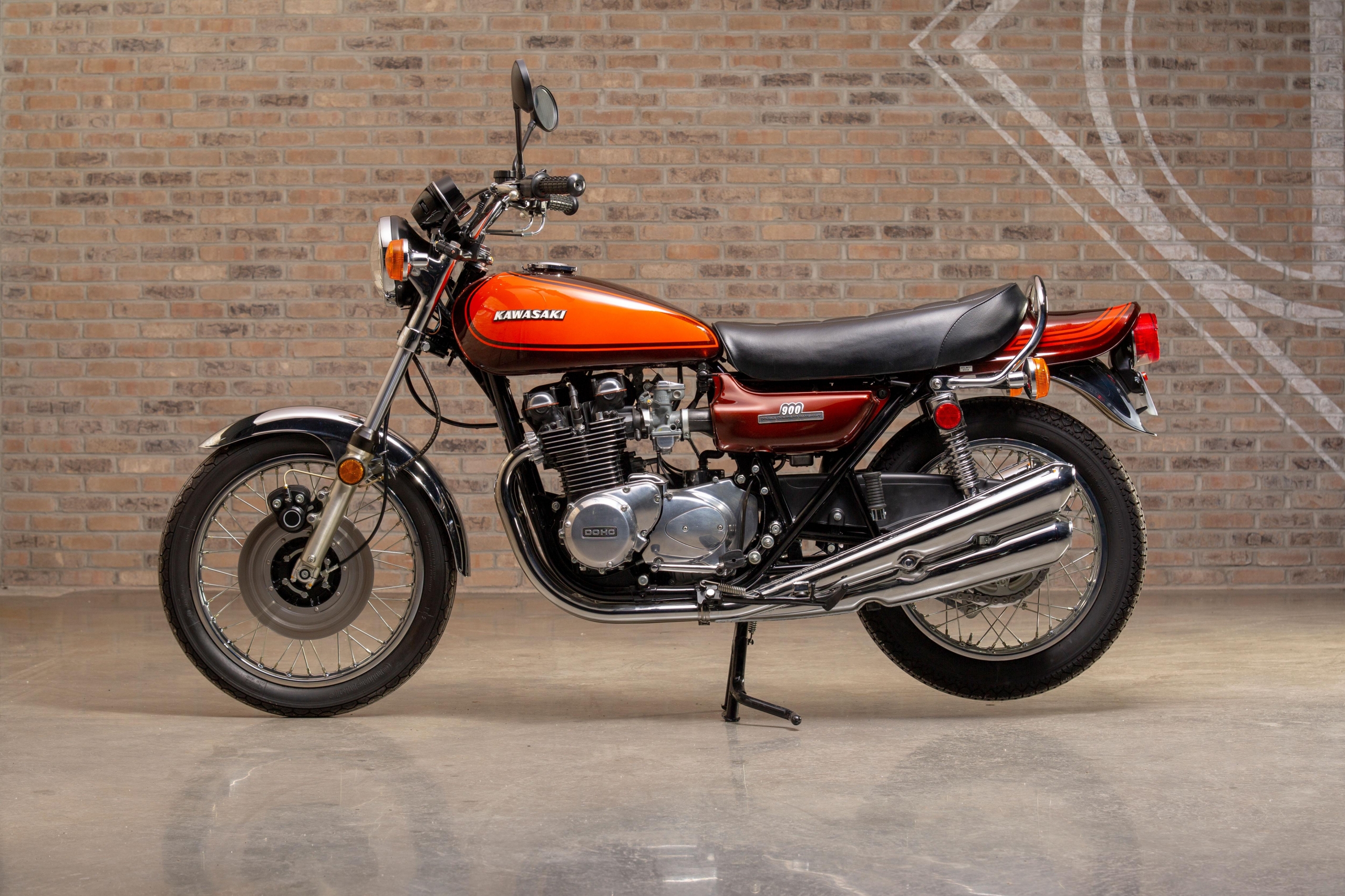 The official world release in September of 1972 at the Cologne Motorcycle Show (the same show that saw the release of the new MV 750 S) in Germany was only weeks before the bike would make its parade laps around Amaroo Park during the Castrol 6 Hour. That race was the last ever won by a two-stroke machine. Winning its races until 1976 Kawasaki had created a motorsport legend in the Z1. All while customers were taking their true-stock form, production bikes, running 12.0 to 12.2 quarter-mile times and hustling them up to 125 mph. All of that with a claimed 82hp being turned and banged out through its exhaust.

With dominating success in motorsport and holding multiple records among its rivals it is no wonder why the New York Steak codenamed Z1 project sold so well with Americans and the world alike. Numbers have been lost over time to the actual production and sales quota but one thing is for certain, it did extremely well. Motorcycle fans visiting the Throttlestop Motorcycle Museum in Elkhart Lake, Wisconsin can see one of the absolute best examples of this bike on display in person or by viewing the virtual museum at throttlestopmuseum.com anytime.