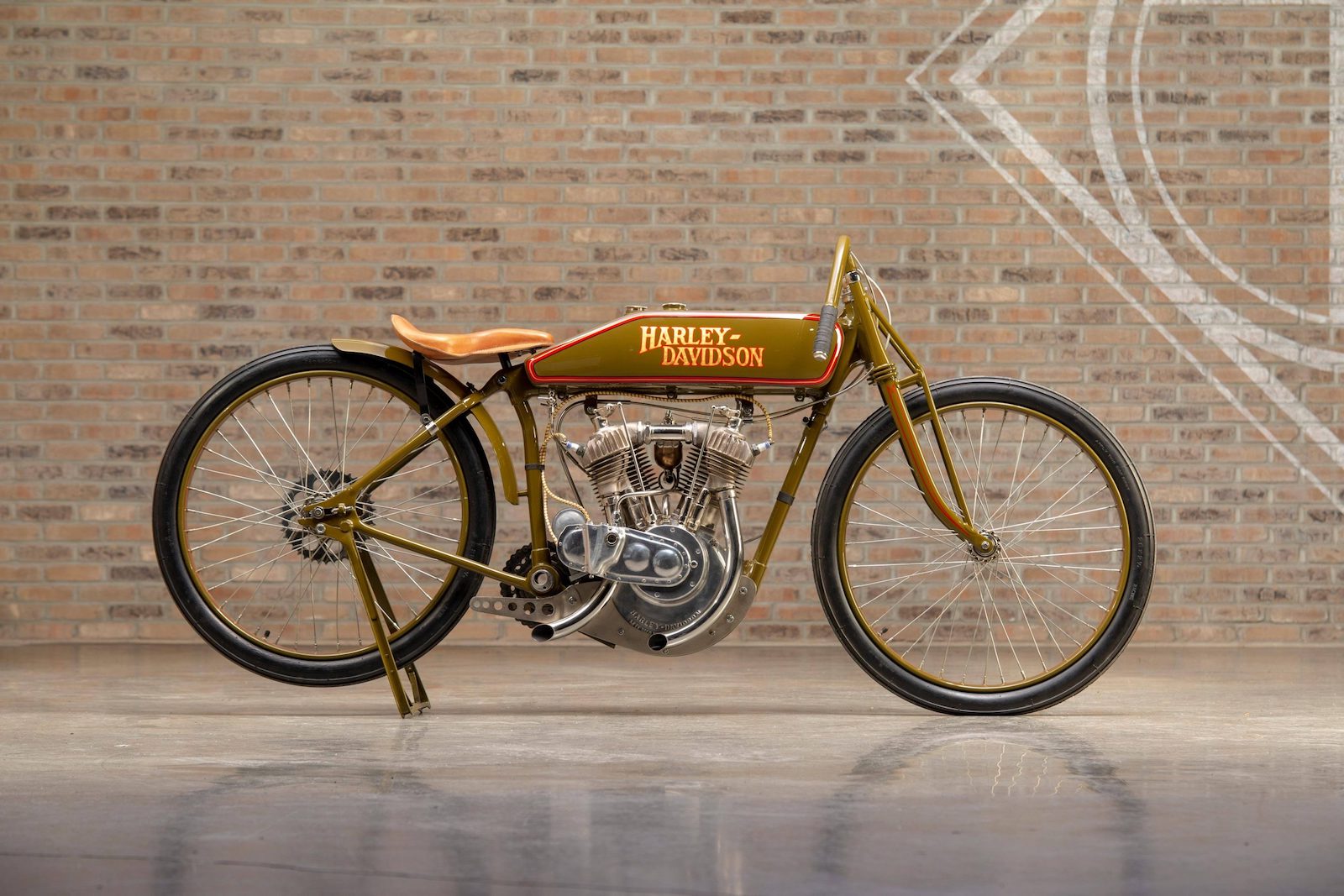 Harley Davidson: Founded around the turn of the century by William S. Harley, along with brothers Arthur and Walter Davidson, the American Motorcycle Manufacturer is one of few American brands to survive numerous economic challenges. As a brand, they've stood the test of time, capturing the hearts of millions around the world. The name Harley Davidson now means so much to so many. Few brands are able to boast the kind of emotional connection shared with their customers and fan base as Harley does, making them truly, the unofficial king of American Motorcycles.

This epic story began in 1901 when William Harley came up with a plan to fit a small 116cc engine on a regular bicycle frame. Over the next couple of years, William Harley and his childhood friend Arthur Davidson worked on the project, completing it in 1903 with the help of Arthur's brother, Walter Davidson. Three years later, Harley and the Davidson brothers had set up their first factory, producing around 50 motorcycles that year.

The 1920s were great years for Harley Davidson. The company had claimed its place as the largest motorcycle manufacturer in the world, with a global presence in 67 countries. Their bikes showcased many technological advances, such as the 'teardrop' gas tank and a 74-inch 1212cc V-twin engine. In 1921, they broke a world record as the first motorcycle to win a race with an average speed of over 100mph —  seriously quick at the time.

Board track racing was a popular motorsport during this era that was frankly a little tired of the traditional horse racing. The concept was similar to indoor cycle races we see today, using parallel wooden tracks. Not only were these motordromes developed for motorcycle racing, but in some instances, they were adapted to use for various car heats as well. The goal was to achieve nerve-wracking speeds on an oval track with a forty-five-degree slant. Having initially shied away from board track racing, Harley Davidson eventually answered the call by producing the Harley Davidson Board Track Racer.

This beautiful 1925 Harley Davidson 1000cc Board Track Racer replica is a work of art that has been duplicated precisely to match all its factory parts, including the frame, motor, forks, and a series of other pieces present on the bike. The purpose is to bring back the essence of these machines during the short-lived board track era, which was eventually canceled due to growing safety concerns.

The motorcycle is a direct drive unit with no clutch or front brakes, utilizing the rear wheels' center sprocket pack. The design consists of a rigid frame, turned-down race handlebars, a racing seat, an external oil pump, Coker replica tires, and many other features focused on making the bike track ready.

Just like the original, this Harley Davidson racer recreation is centered around a 61ci 1000 cc Pocket valve engine. The motor is a 4-stroke, whose valvetrain contains OHV inlet valves within the engine block's cylinder head and exhaust side valves. In short, the power this engine produced sent the lightweight Harley zooming around the track at impressive speeds.

It's the kind of bike that gave birth to "The Wrecking Crew," Harley Davidson's immensely popular team of riders. Considered as the first superstars of motorcycle racing, Harley-rider Ray Weishaar popularized the term "HOG," thanks to his pet pig; tasting success many times, Weishaar would carry his pet around on his victory laps.

This motorcycle is a rare time capsule of one of Harley's Finest vintage bikes, bringing back the era of board track racing into the 21st century. It's a must-see if you're a fan of rare bikes or a die-hard vintage Harley Davidson fan. We hope to be able to open our doors to the Throttlestop Museum, located in Elkhart Lake, Wisconsin, as soon as it's safe to do so. But for now, you can always visit the Throttlestop Virtual Museum to get a 360-degree view of this 1920's board track racing icon in all its glory.