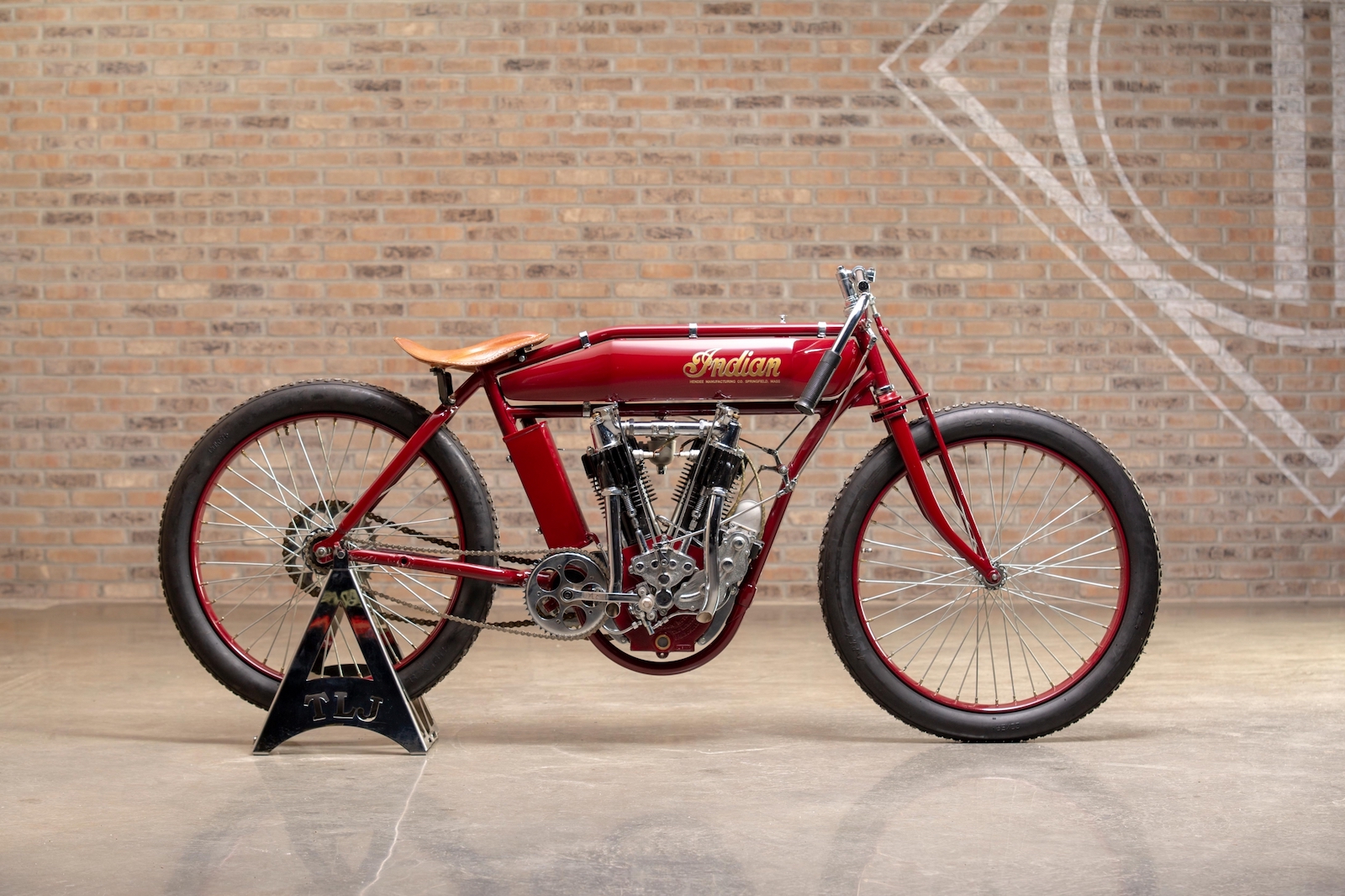 When motorcycle enthusiasts hear the name 'Indian,' images of bulky-engine'd, Harley-rivalling bikes are instantly recalled. The Indian brand was a staple of US two-wheel culture, with models such as the Scout and Chief synonymous with beautiful design and faultless dependability.

The American company originally started producing powered bikes from 1901 to 1953 in Springfield, USA. The company had already made bicycles under the moniker 'American Indian,' while their later efforts were simply known as "Indian."

The prototype for the first Indian motorcycle was built in 1901. That initial bike was constructed with a diamond frame, powered by an 'F-Head' engine with a single-cylinder. Pioneering advanced technology of the day, Indian motorcycles were equipped with chain drives even on their earliest models.

Four years later, the first V-twin factory racing motorcycle was built in 1905 and soon went about breaking race records. The V-Twin Racer was such a massive success that they introduced a street-based version with a 633cc engine. In later years the twin engine and frame design were improved upon, starting with the much-favored loop frame seeing wide-scale adoption.

In the early 20th century, Indian motorcycles were well-known for their successful participation in board-track competition races. Such death-defying events astounded audiences who, at the time, were more accustomed to the comparatively sedate sport of horse racing.

Board track racing featured wooden tracks laid in oval layouts. One of their key characteristics was their steep banks, as they used the same design of circuits that had existed for pedal-powered competitions. What was known once as Velodromes soon transformed into Motordromes.

Meanwhile, Indian bikes were already known for their competition success, and by 1911, in the Isle of Man Tourist Trophy competition, they finished first, second, and third. The lessons learned in the highest level of competition across the pond played an essential role in Indians' technical innovation. It led to the American factory team creating thoroughbred motorcycles to wow the packed crowds that would turn up every weekend to witness the scintillating board-track action.

At the turn of the century, two-wheeled racing looked strikingly different from modern-day bike racing. Early models of these motorcycles were built with single-speed direct-drive engines. Without brakes or suspension, the competitors would hurtle around arenas, becoming the gladiators of their era! It was equally dangerous as it was amusing, with speeds reaching up to and over 100 mph.

Unsurprisingly, these Board Track races were soon referred to as 'murderdromes.' 'Thrills & funerals' was another way to describe the events, as coined by the fans and spectators. Not before too long, the risks were deemed too great, while the depression hit hard. But the legacy left was an indelible mark on America's rich motorcycling heritage.

Needless to say, the 1914 Indian Twin Board Track Racer was an outstanding performer among its competitors, an original of which is proudly presented within the Throttlestop Museum. The 1914 Twin Board Track racer that appears in our motorcycle museum today is fitted with a 1000cc V-twin cylinder F-head design engine which consists of a single exhaust port. It transmits power from the motor directly to the rear wheel.

Built for competition, this motorcycle features a loop frame, while the engine is braced on the midpoint to give an even weight distribution, improving handling at high speeds and cornering.

While the board track races themselves may be confined to the history books, the preservation and reincarnation of the bikes that made up this legendary era of racing mean such gladiatorial machines can still be experienced up close and personal today.

We hopefully will be opening soon! For now, if you ever want to gaze upon one of Indian's most successful bikes, the 1914 Indian Twin Board Track Racer is up for display in our virtual motorcycle museum on our Throttlestop Museum website.