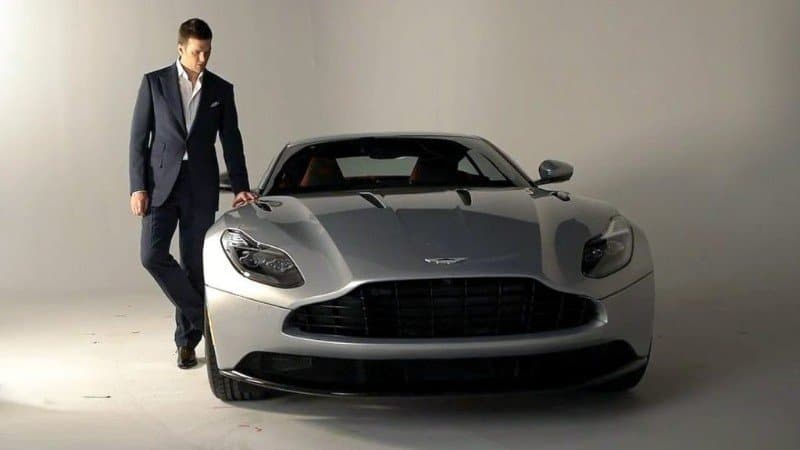 The returning football GOAT has a car collection as impressive as his skills on the field!

Retiring with the most Super Bowl wins, and then coming back, the most game-winning drives in a Super Bowl, the oldest player to win a Super Bowl, and a slew of other records and accomplishments that can only fall under one name: Tom Brady. That's not to say he's the most loved player in the game, one of Brady's accomplishments seems to be agitating sports journalists with his inability to lose. Also, it seems when you win enough, people start rooting for the 'underdog', which is basically an imaginary animal in a league that only recruits the elite, best-of-the-best players, so respect where respect is due. All of that being said, we woke up this morning wondering what the GOAT of the NFL keeps in his garage, and some digging around yielded some winning results, here are a few highlights of Tom Brady's car collection.

Want to know what the Gronk has in his collection? See it here.

Representing the most expensive car in Tom Brady's car collection, we'd take this Veyron Super Sport over a Super Bowl ring any day. Valued at $3 million, the Bugatti has a top speed of 268 mph, thanks to the 1200-horsepower 8.0-liter W16 engine. Only 450 Veyrons were made in ten years, and the NFL champ is joined by Tom Cruise, Jay-Z, and Simon Cowell as celebrity owners.

That's one heck of a car bed, Mr. Brady! After making a deal with Aston Martin in 2017, they gave him this DB11, after the James Bond-affiliated car maker wanted some American representation, and what's more American than a football player who can't stop winning? The DB11 is powered by a 600-horsepower V12, backed by an 8-speed automatic transmission, and if he came out of pocket for the car, it would run around $212,000.

When you're married to a supermodel and making babies, you need to have a proper family car to tote the wife around in, so why not a Rolls Royce? Hey, if it's got four-doors, it qualifies a family car, but best not let the kiddos bring their ice cream in this one. The 6.6-liter equipped Ghost turns the wheels with 563-horsepower, and all of the luxury trappings you could want.

When an auto manufacturer names a car after you, of course you have to own one. This 2018 Limited Edition TB12 Aston Martin Vanquish S Volante was 'designed by' the Super Bowl superstar, and is one of only 12 made, making it a very rare collectible.

If it's good enough for Iron Man, it (might be) good enough for the Brady garage. At least the man has options for supercar/exotic power when he gets bored with his Bugatti and Ferrari. The AWD R8 at the Brady house cost a modest $165,000, making it one of the most 'affordable' cars in the collection.

While we were hoping to find some American muscle, or pre-war builds in the collection, these cars, like Tom Brady, are all winners. Are you wondering what Gronk drives? See his collection here.