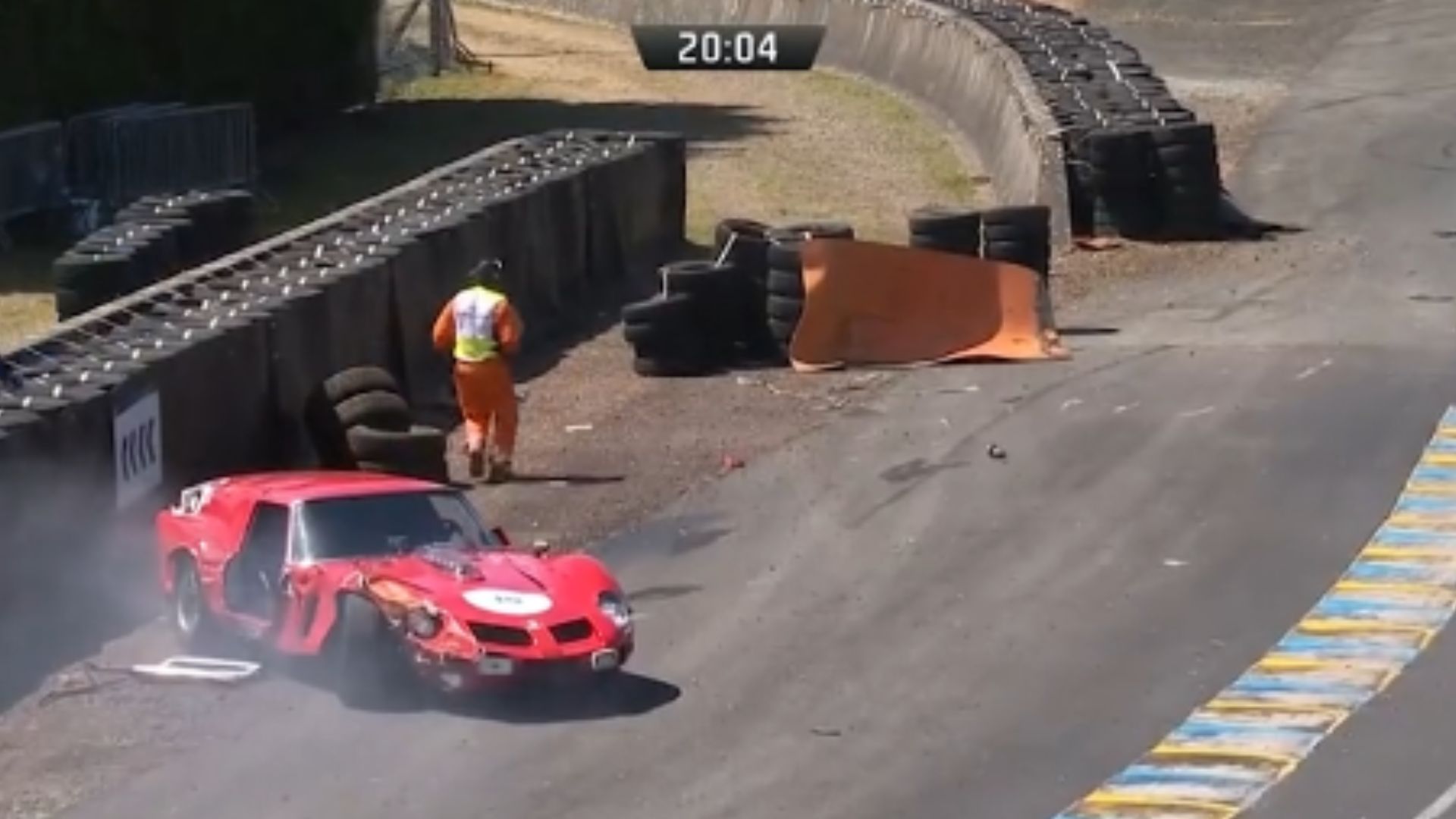 It seems like classic Ferrari crashes are a thing these days. In late June a driver crashed a Ferrari F40 at an event in Switzerland, leaving many absolutely stunned. Now a racer wrecked out in a one-off Ferrari 250 SWB Breadvan during the Le Mans Classic Race 2022 and it wasn’t exactly a small crash. The good news is the driver seems to have been unhurt in the accident and the car is salvageable instead of going up in flames or something horrible like that.

With an estimated value of about $30 million you might think anyone behind the wheel of the classic Ferrari would be exceptionally careful. However, in Europe drivers really push their cars during historic races. That makes collisions like this inevitable and this isn’t the first time the Breadvan has been in a crash.

Footage of the race only shows right at the moment of impact. The commentators remark that they think the car clipped the tire wall, which sent it out of control. We see the moment the rear end and passenger side hit the barrier with so much force the front wheels picked up well off the ground.

In 2015 the Ferrari 250 SWB Breadvan hit another car while racing in the Goodwood Revival. The classic sustained some damage to the front clip and passenger-side headlight. It was repaired and obviously flogged around tracks since. While that might seem horrific, we like many enthusiasts think it’s worse for these cars to sit in a museum, moved only occasionally at low speeds while being treated as if they were made of glass. After all, these vehicles were made to be driver hard on a track, pushed to the limits, all while wowing the public. It’s the equivalent to never leaving your house because you’re afraid you might be involved in an accident – that’s not living.

Check out the footage for yourself.