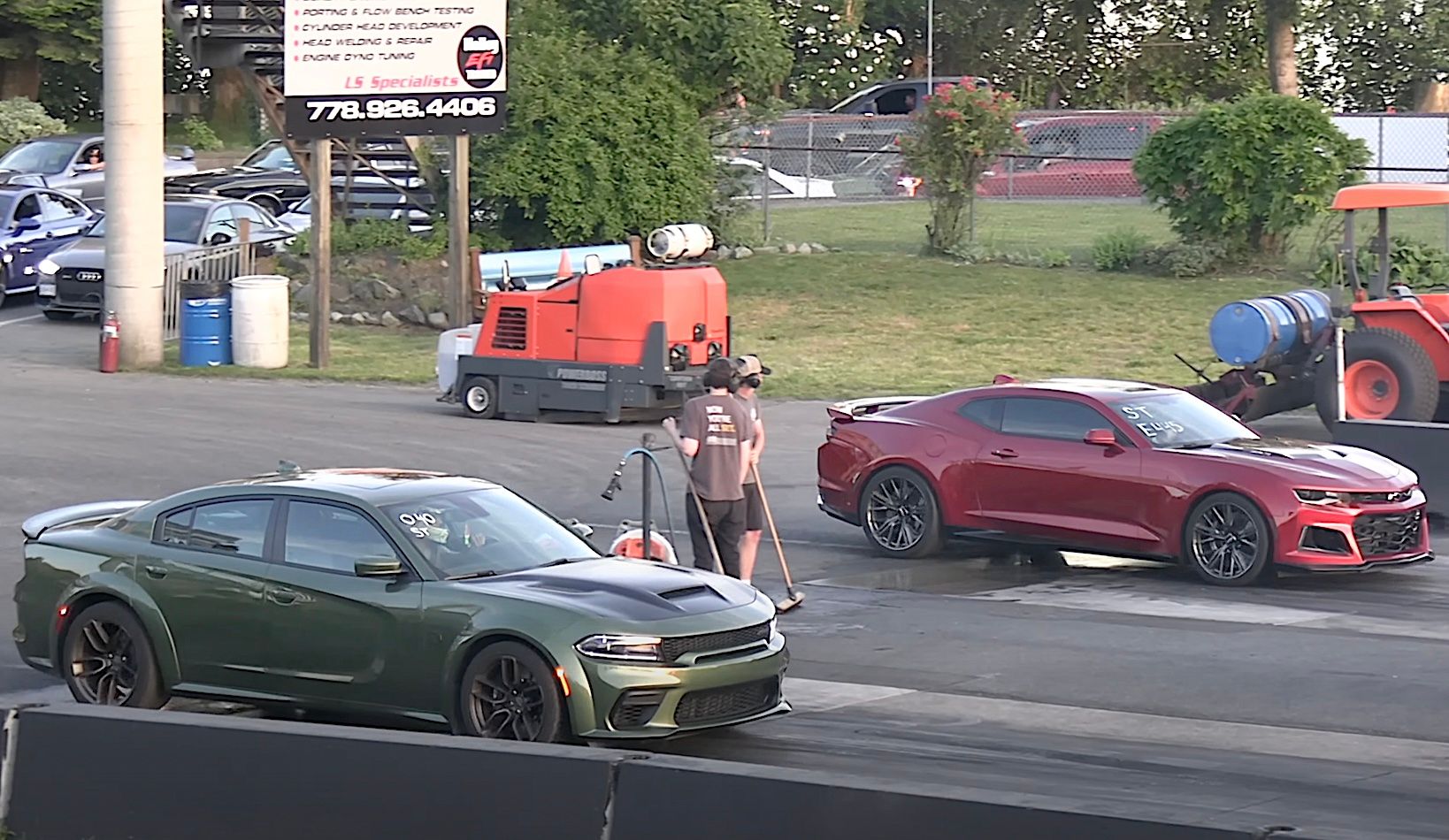 Driver error can be a painful thing…

Some people are born to race on the quarter mile track, think Dominique Toroto or Dale Earnhardt. However, others are better reserved for driving in the test and tune class practicing until they can get a little better at it. This was certainly the case with one Camaro owner whose burnout skills and throttle control need a lot of work. Of course, there is something kind of special about this particular race that sets it apart from other interesting competitive runs. That is the cars racing and after you see how this went down you'll be rolling on the floor laughing.

It started out unsuspectingly enough and, if it weren't for the Camaro’s shortcomings, probably would have been noticed for the performance of the vehicles racing. However, you can clearly see as the cars complete their respective burnouts that something is up. First of all, the ZL1 Camaro, which has 650 horsepower by the way, could barely chirp the tires. That doesn't seem right but some people altogether choose to skip the burnout for whatever reason. Of course, we Mopar people are treated to a lovely show by the Hellcat before pulling up to the line which is always exciting.

Just to reiterate, we are totally unbiased on this one, it just so happens that Hellcats are awesome in the truest sense of the word. Which is then shown by the fact that, while the Camaro took off from the line first, it was the Hellcat that eventually took the win. The Camaro ended up spinning its tires for a big part of the track with the ‘Cat gapping it all the way through after it caught up to the still spinning Camaro. When all was said and done, this race chalked up to a Hellcat clowning a car that had pretty similar performance which shows you the value of a good burnout before launch.