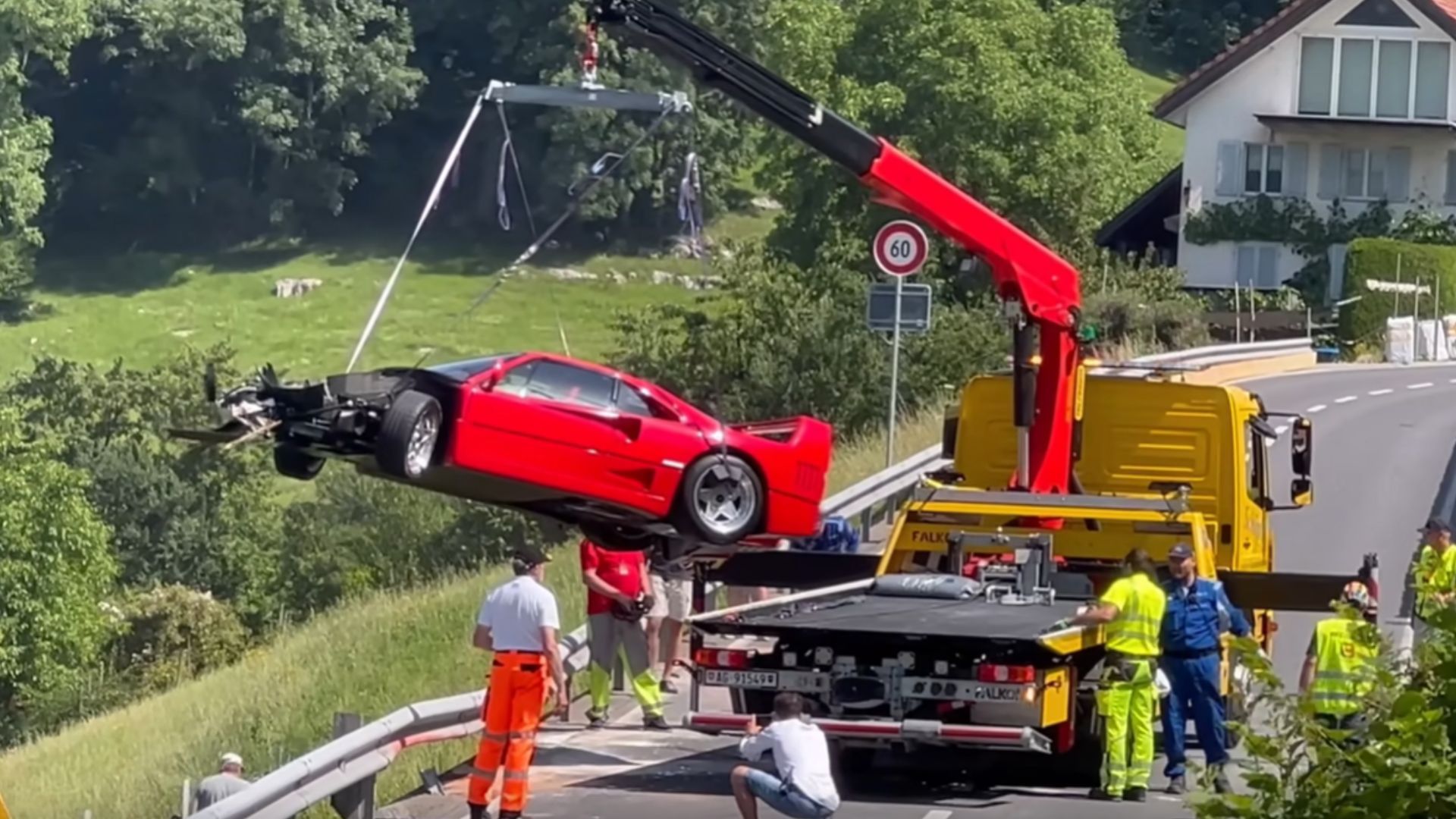 Oh this is just plain awful…

The Ferrari F40 is such a special car and with only 1,311 of them in existence they aren’t exactly plentiful. If you’ve been privileged enough to see one in person, especially as it’s being driven hard, it’s apparent how wonderful they are. That’s why seeing one was crashed in Switzerland during a hill climb event is the equivalent to watching a unicorn get butchered in the most torturous way possible.

Watch our interview with a car detailer here.

This accident took place at the Swiss Hillclimb Kerenzerbergrennen 2022 event held over last weekend. The event marked the 75th anniversary of the Ferrari brand with many creations from Maranello in attendance. More specifically, the F40 crashed during the race portion where drivers had to successfully navigate through 12 tricky corners.

Video of the actual impact doesn’t seem to be available, so the closest we get is a video showing the driver going for it through a turn, the Ferrari disappears from view, then we hear the sickening sound of the front end smashing. As the car was entering the turn, the tires were screeching more than you’d want to hear as the driver entered in the curve a little too hot.

Damage to the front end was done after the Ferrari F40 hit the guard rail. Rosso Corsa paint was visible on the guard rail, almost like blood at a crime scene. Reportedly women wept and covered their children’s eyes as men took off their hats, bowing their heads somberly.

As if transporting a dead body they didn’t want on display for all the onlooking children, crews draped a white tarp over the damaged front end of the F40. In one video, you can hear some children excitedly talking about the car, probably wondering why it wasn’t frolicking with all the other wild Ferraris.