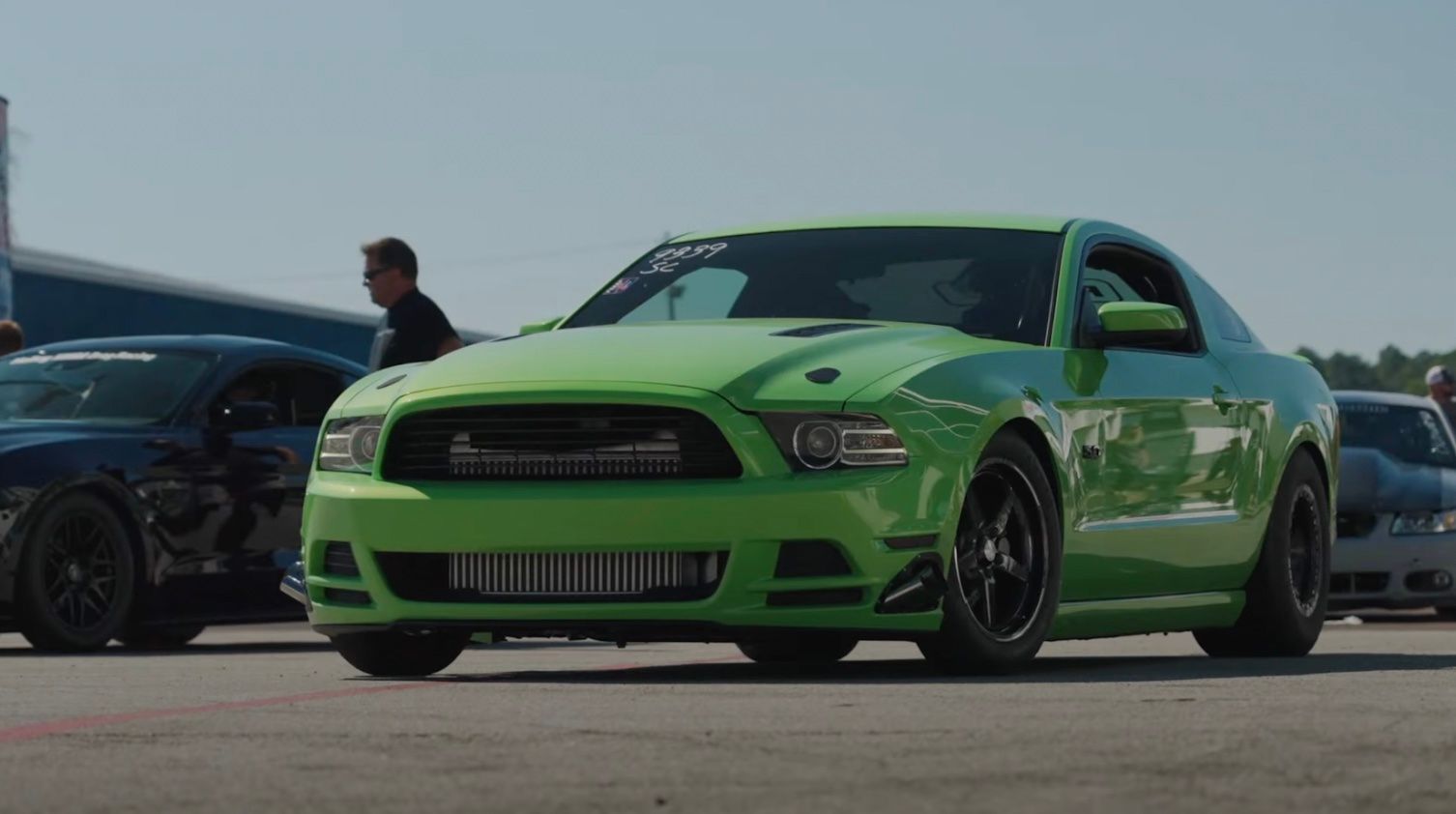 That’s faster than most cars can get to 60mph!

Snot Rocket, a name extremely well known within the automotive subculture that is drag racing. This record breaking mustang has amazed hundreds in person and millions on the Internet with his wild feats of speed. However, it’s possible that nobody expected for it to swing back in action yet again amazing audiences with an all new set up built for straight line speed. So what exactly makes this car so much more special since its recent performance on the drag strip?

Amazingly sporting little modification outside of sleeving, the stock block is handling a massive load of horsepower. To be exact about 2000 hp flows through the engine Making it quite a difficult competitor on any dragstrip. Clearly, this car Was built for a purpose and that is shown throughout the entire engine bay. On top of that block you’ll find a set of Ford Voodoo heads whose presence mixes very nicely with the Comp Cams camshaft. Overall, this is a car set up to compete under some truly extreme circumstances.

Armed with that information, you might expect the vehicle to perform really well on a track. You’d be exactly right and the insane acceleratory capabilities of this vehicle are what allowed it to do what it did next. Of course, that action was achieving 213 mph in a mere 6.66 seconds with very little difficulty. That means, according to the YouTuber that filmed the video, it might just be the fastest Coyote Mustang in the world. At the very least it might be the fastest one recorded making it a beautiful legend in the eyes of enthusiasts everywhere.

AmericanMuscleCarZ.com loves Hagerty Drivers Club and we’re sure you will too. For just $70 per year, members enjoy six issues of the award-winning Hagerty Drivers Club magazine, unlimited access to Hagerty Valuation Tools, answers to any and all automotive questions from Ask Hagerty, VIP perks at events across the country, exclusive automotive offers, 24/7 emergency roadside service and so much more. What’s more — it’s a great deal. Using just one or two of the Drivers Club benefits easily pays for the cost of membership for the entire year. Need new tires? Automotive event tickets? The most up-to-date vehicle values? Hagerty Drivers Club has you covered. Ready to ride? Join the club.