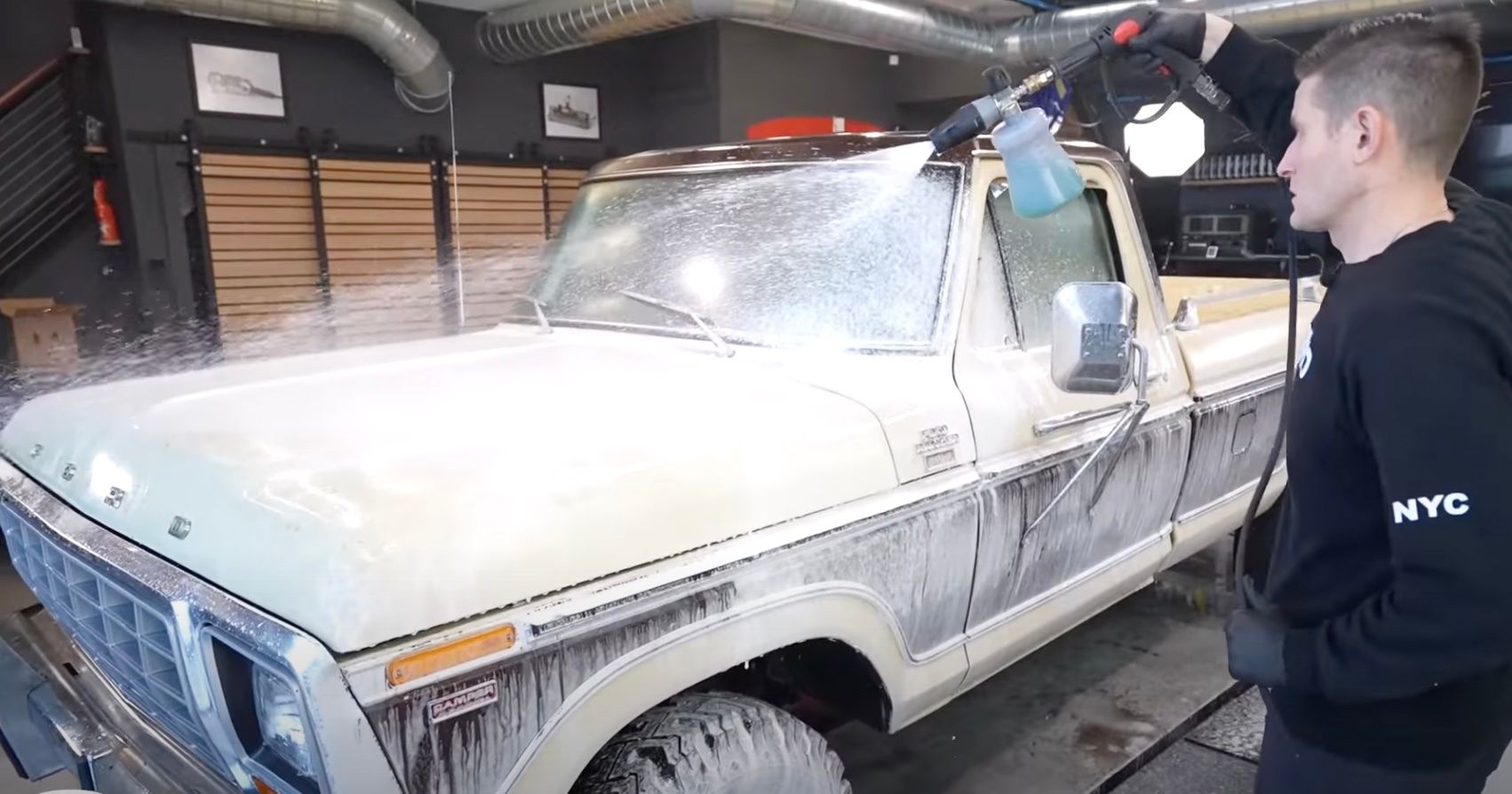 With only a few hours total on the road over the past 42 years, this truck is ready to show off its nearly new condition to a modern audience!

1970s pickup trucks from every manufacturer, including Chevy, Ford, and Dodge, have long been regarded as the go-to choice for anyone in the market for a utilitarian workhorse that could get any job done with ease. From hauling big loads across the country to performing essential farm work that requires brute force, these vehicles were the perfect tool for the job. However, today we will talk about a truck used for what many would consider being the exact opposite of what it was made to do, nothing. That's right, this truck has been sitting in a garage for over 42 years since its initial purchase in 1978, and now it is ready to emerge from storage once again to get a proper wash.

According to the owner of this truck, who has kept it in his garage since it first rolled off the assembly line, the car was only driven a maximum of two times. Once when he drove the vehicle from the dealership in South Carolina back home, his daughter couldn't go to work because of snow. After helping his daughter get to work one day nearly 40 years ago, he parked the vehicle in the garage and never drove it again. Unlike many cars we've covered, this truck is pristine, whose life was primarily spent rotting away in storage. Those two trips only added up to 139.5 miles which, according to the video, makes it the lowest mileage 1978 Ford F-250 in the world.

A few other cool features include the air conditioning and other comfort-based add ons, which came with the Lariat package. Again, this was an ultra-rare option as most of these vehicles were used as work trucks making creature comforts, like the ones mentioned above, a non-necessity. Undoubtedly, this truck has been kept in pretty good condition by the closed environment it has been sitting in for the last four decades, but there is a lot of dust. Cleaning was a careful process for the detailer because much of the original wax pen writing and stickers still held on due to lack of use. These features would win big points at car shows for originality, and after a few hours of cleaning and prepping, that's exactly what this truck is about to do.