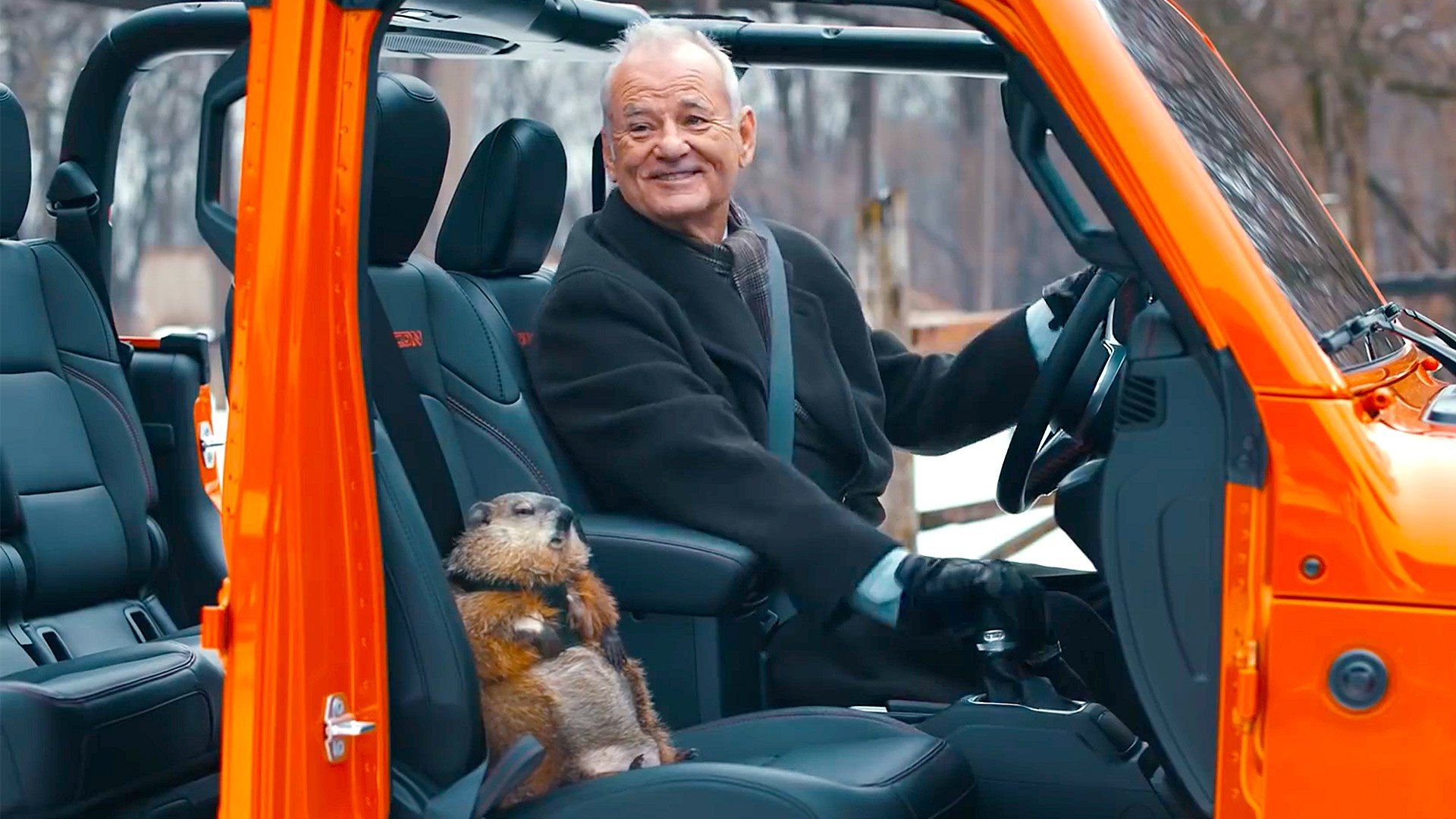 This ad is a few years old, but still a ton of fun, and hopefully eases the blow that the giant rat predicted 6 more weeks of winter.

Bill [explicative] Murray revisiting his role in Groundhog Day while piloting a Jeep Gladiator with his furry friend is (arguably) the best commercial featuring a groundhog, if there even is any competition. For the 2020 Super Bowl ad, he piloted a 2020 Jeep Gladiator Rubicon and gave everyone a nice dose of nostalgia while reprising his role as Phil Connors from the 1993 film Groundhog Day. Even better, the ad surfaced on actual Groundhog Day where Punxsutawney Phil predicted an early spring, which the rodent did not do this year.

This was Bill Murray's very first national television commercial. Murray points out while taking a look at the Jeep and saying "That's different." He then takes off in the Jeep along with his furry groundhog friend to relive a new adventure everyday as the alarm clock strikes 6:00 a.m. The Gladiator takes them both on fun, new adventures each day.

The Emmy-nominated commercial might ease the pain of more winter and the loss of a great groundhog not featured in the commercial, Milltown Mel. In a sad turn of events, Milltown Mel died just one day before his big day. It's said that Milltown Mel was the more accurate groundhog, so maybe he would have predicted an early spring. And no, before you wonder, Bill De Blasio did not drop Milltown Mel in front of horrified school children, it was just Mel's time as groundhogs have a life expectancy of about three years. That's right guys, the Punxsutawney Phil in this commercial is about ten generations removed from the one in the movie, and probably dead now. So anyway, enjoy this commercial, now that I've ruined it for you like finding out that your childhood hamster was probably an assemblage of various pet store buys.