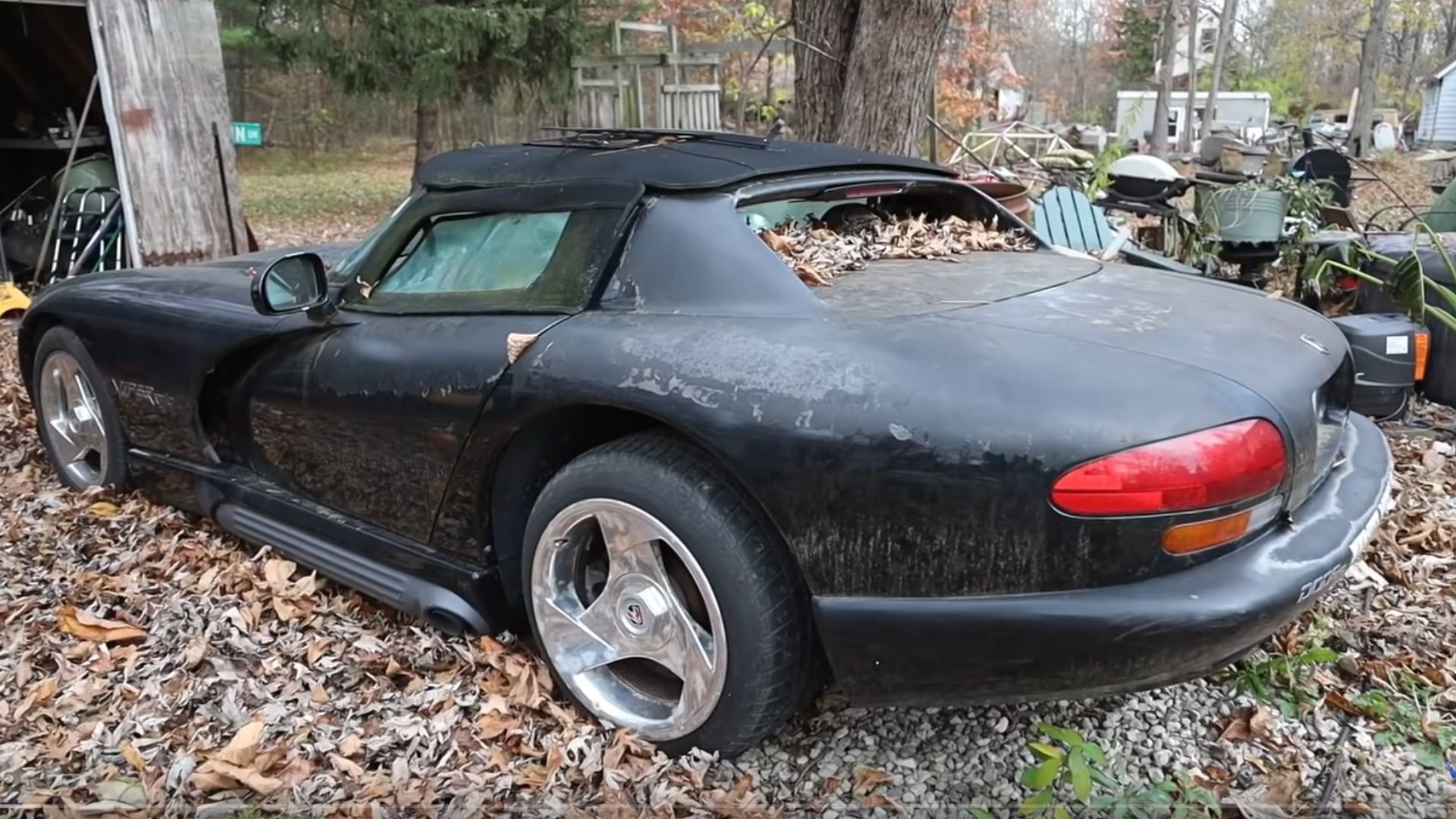 Back in the day, that is the 1990s, people considered the Dodge Viper to be an amazing, valuable machine. Raw and visceral, they were appropriately named since anyone who didn’t exercise caution with one would get bit. They were a worthy successor to the Shelby Cobra’s legacy, a fact which raises the ire of many a Ford enthusiast, but even they would agree treating one like this barn find should be a flogging-worthy offense.

Hear the latest on the Motorious Podcast here.

Technically, this Dodge Viper wasn’t left in a barn. No, it was kept in a forest, which is even worse. Instead of there maybe being some barn owl droppings on the body and maybe some mice nesting inside, Raccoons likely were propagating on the hood and who knows what else was going on with this Mopar masterpiece. Just thinking about it we get really angry, so let’s just leave it at that.

Hearing the story of this car just melts that anger right away. The owner says it was purchased brand new by his late brother who passed away in 2015, leaving him the Viper. Then the guy suffered a major heart attack and wasn’t able to work on restoring the car his brother loved so much. You can see the emotion in his body language and hear it in his voice as he talks about the history.

Seeing this thing get a full detailing is so very satisfying. However, being clean really highlights the part of the body which has absolutely no clear coat left. Thankfully, the interior cleaned up even nicer and they installed the missing seats. The end result is pretty amazing, leaving the owner in tears.

The plan is to waterproof the top and make some other much-needed repairs. The owner says he has a nice spot cleaned out in the barn for it, so maybe we’ll see someone else find it 20 years from now. Actually, he says the plan is to pass it down to his daughter, so here’s to hoping it’s well cared for.