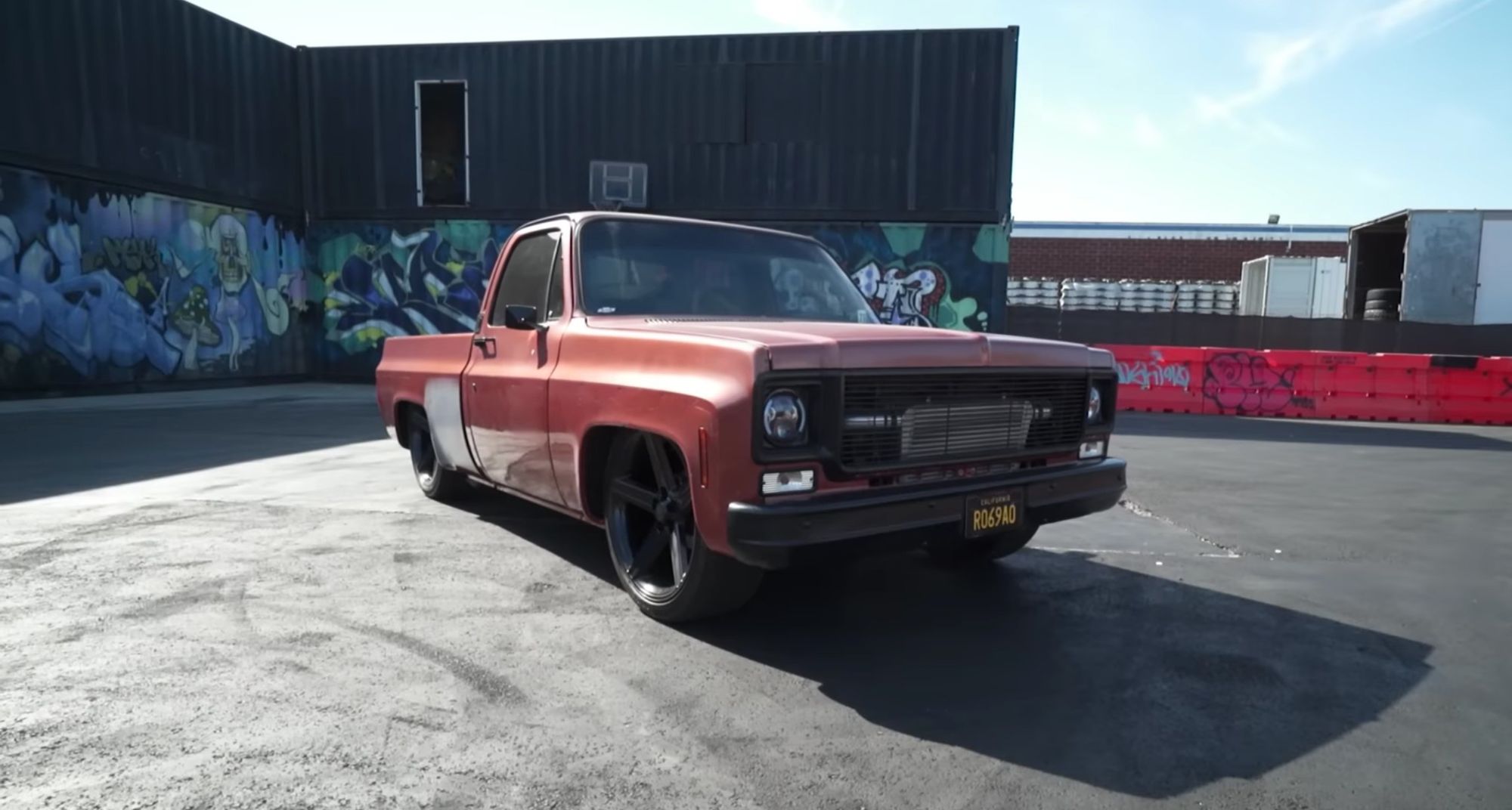 Here's an example of why small trucks are so cool.

The Chevy C10 is one of the most versatile and unique platforms on the classic automotive market for a myriad of reasons. On top of being one of the best small trucks built in the 1970s, these vehicles’ engine bays are big enough for pretty much anything you want to stuff in there with a ton of aftermarket support. Along with that, you could find them for pretty cheap up until a few years ago but the other attributes still ring true to this day. As such we've seen some pretty incredible examples of custom C10s but this particular truck stands out as something to be truly respected.

In fact, the truck is so good that it was deemed worthy of a run on the hoonigan bur yard, known for its high horsepower drifts and burnouts. Under the hood you'll find an engine that makes no bones about what it's here to do, impress to the highest degree. Utilizing 5.3-liters of displacement, this Chevy 5.3 is known as the budget LS engine, a title it earned over years of building and performance. As far as mods go, this is pretty mild. Just an intake, cam, and some internal work to buff the rigidity a bit.

Oh wait, did we say mild? Because this truck’s powertrain is actually absolutely WILD! On top of those other modifications, you can also find a powerful turbocharger. This brings the power level up to around 500-ish horsepower which is clearly enough to spin the tires of this truck. For those who don't sacrifice performance for utility or vice versa, this seems like the world’s perfect C10 which it shows devoutly on the track. Altogether, this made for a wonderful show of power, performance, and style as it whipped around the yard in a really glorious manner.